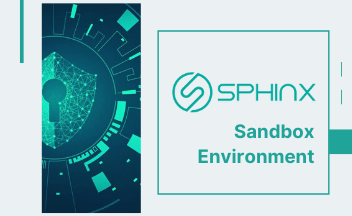 The Sandbox Environment inside SPHINX Toolkit

The SPHINX Data Inspection Component, also known as the Sandbox (SB), enables a solution for creating a safe and isolated environment for security testing and continuous component validation. Using existing technologies such as containerization and virtualization, this component aspires to provide the important infrastructure and deployment services which will be executed in an isolated and safe environment. These technologies include for example: the exploitation of Docker containers and Kernel Virtual Machine (KVM), among others.

Taking into consideration the design and software development lifecycle (SDLC) principles set within SPHINX the sandbox is being developed having in mind the research scope of the project to identify the applicability and the deployment options for the sandbox.

SPHINX’s scope is to further broaden the potential of dynamic malware analysis, using sandboxing to conduct security and auditing tests, including procedures such as file integrity monitoring, vulnerability detection and regulatory compliance among others.

Popular virtualization and hypervisor technologies include Oracle Virtualbox, VMware, KVM, Hyper-V, Xen and OpenVZ among others. Micro Virtual Machines (Micro VMs) are also a modern approach and popular approaches include AWS (Amazon Web Services) Firecracker (using KVM or Ignite Firecracker) and RancherVM. Other popular approaches for maintaining virtualization technologies is Vagrant for building and managing virtual machine environments included in a single workflow. Each of the mentioned technologies include benefits and drawbacks and the analysis and outcomes are also provided in this deliverable.

Integration capabilities are important to include the sandbox component to easily interact and integrate with other software components. Not only the automated deployment, but the integration with the other SPHINX components is important. Towards this direction, we implement the APIs and the automated processes for initiating systems-on-a-test and to provide an easy way for the end user to interact with the sandbox and to collect insights for running an executable digital environment. The integration is processed using WEB APIs and Web interface for controlling the components inside the sandbox.

Nowadays, it is important to consider the network communication as one of the most important aspects in the modern digital infrastructures and systems. This means that every component currently includes network connection and continuously interacts with other network components. In the developed sandbox there are 3 different aspects of networking. The first one is the physical network interfaces/adapters, secondly are the virtualized network adapters created by the hypervisor and third are virtualized network interfaces created for the Docker containers. As a result, it is possible to combine or revise any of the above options to meet our own goals, accordingly.

The main goal for the SPHINX sandbox and of the data inspection component is to provide a shared sandbox environment for conducting security testing. Therefore, a digital environment would be provided for separating running programs and services which might include vulnerabilities. Finally, the sandbox provides a restricted and tightly controlled set of resources for guest programs or services to run.

More information about Sandbox Environment can be found at Deliverable 4.2 that is publicly available here.