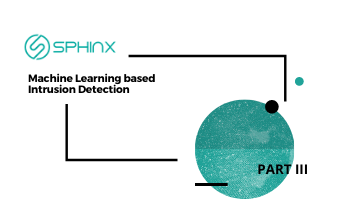 In order to indicate the most suitable and efficient approach for the component’s function three AI pipelines for intrusion detection have been designed, developed and evaluated in an extensive comparative analysis that includes multiple variants of each pipeline with numerous machine-learning (ML) and deep-learning (DL) models.

To enable label-free intrusion detection, an unsupervised pipeline has been also designed relying on the latest advances of deep learning and especially autoencoders. The proposed pipeline is organized in the following depicted steps.

Z-score has been also used here to normalize features to a common scale (having a mean of zeros and a standard deviation of 1).

The hybrid FS technique (as described in Section 3.2.1 B) has been applied to provide a ranking of the available features with respect to their expected discrimination capacity. The output of this FS processing step is the creation of training and testing feature subsets of increasing dimensionality. The autoencoder (step D) has been applied on the each one of the generated feature subsets and the optimal feature subset has been identified.

An autoencoder has been applied on the selected features using only data points of the training set that belong to class 1 (normal activity).  The main idea is to use autoencoders to learn the normal behavior of users and then to use them to detect abnormal states (intrusions).  After this “normal” data set (class 1) has been obtained the training of the ML model proceeds in unsupervised fashion, without the need of labels. A critical advantage of this method is that it will be able to identify faulty conditions even though these have not been encountered earlier during the training phase. With this method there is no need to inject anomalies (class 2) during the training phase and we do not require intrusion logs or changes to the standard users’ behavior. The learning of this methodology can be organized as given below:

The hyperparameters of the autoencoder (number of layers and nodes per layer) have been selected by trial and error.

The testing dataset has been supplied to the trained autoencoder model. The obtained reconstruction errors have been used as input to the trained classifier that classifies them as anomalies or not. The classification accuracy on the testing set has been considered as the final evaluation criterion of the proposed methodology.