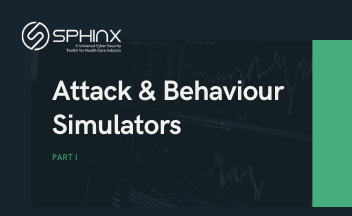 The Security Incident/Attack Simulator constitutes one part of the Attack and Behaviours Simulators (ABS) component that is entailed to the SPHINX Toolkit. This part is responsible for the simulation of the real-life cyber-attacks, described in use cases provided by the project partners. The purpose of this simulation is to validate the developed functions and assess the effectiveness of the other SPHINX components, by providing an easy way to reproduce such attacks.

In order to evaluate the effectiveness of other SPHINX components, the simulator is programmed to create and test realistic cyber-attacks. In this context, the use cases elaborated by SPHINX partners are used as a point of reference. Drawing from this information the attack simulation function of the component is related to the following use cases:

The attack simulator itself comprises three different sub-components, each responsible for simulating a different attack. The three sub-components are the Flask application, the Local Malware Execution, and the Abnormal Parametrisation of the Behaviour Simulator.

Being a subcomponent of the ABS module, the security incident attack simulator uses the interfaces for its communication with the internet and the sandbox as outlined in the architecture. In addition, it provides operational data for the CIP interface.

More information about the Security Incident/Attack Simulator of the ABS component can be found in Deliverable 5.3 that is publicly available here.