Facilitating the promotion of SPHINX 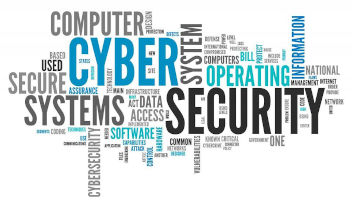 Facilitating the promotion of SPHINX

During 2019 SPHINX kick-started its lifecycle and Consortium Members joint their efforts to fulfill the projeted contribution to cyber-security of Medical Sector. As the first year of the project is completed, so does its preliminary promotion phase, through which Partners worked towards fostering awareness among various stakeholders both in national and international level. Either by collaborative actions or by undertaking individual efforts, SPHINX Partners created a firm initial interest on project’s prospects in markets related to its scope.

The upcoming year, SPHINX is preparing to enter a new promotional phase concurrent with its development lifecycle. In this period, called Project Commercialisation Phase, the goal is to grow a more “targeted awarenes status” regarding SPHINX technologies among influencial stakeholders and potential end-users; and to disseminate further information to the target market about the technological benefits of SPHINX.

In order to do so, the project will rely on four aspects which have been impactful and prevailed throughout the initial promotional phase. Thanks to the following aspects SPHINX has gained valuable insights regarding what are the most efficient dissemination methods. Hence, the project is going to elaborate on its promotional actions taking into account the purposefulness of the factors below:

The novelty of the project: Through its preparation and its initiating period, the project has stressed that the sector of Healthcare is becoming increasingly digitised, interconnected and thus vulnerable to cyber attacks. Apart from the very own projected solution to enhance cyber-security, SPHINX is gradually undertaking the task to prompt Medical Organisations to realise the scale of cyberthreats as well as the necessity of a properly secured IT ecosystem. As the first year of SPHINX development was meant to establish a clear message towards Medical Organisations, the following phase is going to focus on disseminating further information and accurate examples to such end-users to make them fully aware of the situation that they should face in the near future and how SPHINX provides the adequate resources for such need.

The scientific background: A significant part of the overall development of SPHINX is based on the thorough and scientifically curated knowldege that is being produced in order to steer the creation of the cyber-security solution towards the most effective path. Indeed, a series of scientific reports was conducted during the fisrt year of the project and such deliverables are projected for the second year too. It is then, purposeful to pay attention to the affordance of such knowldege to fuel the dissemination actions of SPHINX Partners. That is, the scientific background of the project’s development enables Partners to promote the project referring to information that holds a certain credibility and usefulness among peers whose expertise focus on cyber-security. Securing a good level of peer awareness on the scientific field is a goal that the second phase of SPHINX will prioritise so that, the primary goal of commercialisation can be facilitated.

The value of Synergy: In the preliminary promotion phase SPHINX Partners took part in several networking events including a series of synergy actions with relative EU-funded projects. Thanks to such events, the SPHINX representatives engaged with plenty of stakeholders from industry and medical sectors, pundits of cybersecurity and policy makers during the first year of project’s development. As a result, SPHINX managed to cluster with international projects and organisations with whom the project shares common scope and prospects. Due to the support by Horizon 2020 programme SPHINX was able to be promoted in key environments and foster engagement interest with stakeholders in a rather collaborative tone. Hence, the project is going to leverage the results of these dissemination actions to enhance the visibility and the promotion of its impact during its commericialisation phase.

The effectiveness of tailored information: Adding to the above usefulness of synergy actions, SPHINX paid attention to tailor its dissemination messages so as to resonate with its diverse stakeholder audience throughout its first year; especially in the case of the networking events whose topics varied. SPHINX constitutes an inter-disciplinary project and its stakeholder audience comes similalry from multiple fields; therefore, the need for tailored information rose early on the liecycle of the project and steered the dissemination actions towards the elaboration of specific messages regarding SPHINX’s scope. Indeed, the differenet expertise that each partner holds was a valueable asset in terms of organising specific dissemination actions for target audiences that are engaged with cyber-security from a different point of view. Such tailoring of the information disseminated by SPHINX has beeb pivotal on buidling awareness on different levels; thus, the commercialisation phase will further proceed on crafting and communicating tailor-made content to the target audiences of SPHINX.

In conclusion, the preliminary promotion phase of SPHINX has outlined the afore discussed as the most prevailing and usefull aspects of the dissmeniation planning of the project. Given that the forthcoming promotional phase is projected to establish a deeper engagement of stakeholders with the development of SPHINX solution disseminating more detailed and concrete information towards them, the above four good practices are going to facilitate project’s strategy.